We Make Monsters in our Heads

It is a few days after Halloween, and monsters seem to fit the season and the times we live in right now.

A few days before Halloween, I heard an interview on It’s Been A Minute called Our Undying Cultural Obsession with Vampires. And this got me thinking about monsters and how they are made.

In this interview, Kendra R. Parker, who teaches a class at Georgia Southern University about Black vampires in film and literature, discusses the long, sordid history of monsters, especially vampires, and our collective obsession with them.

It is she who said monsters are made. Think Frankenstein, definitely constructed by a human.

And we do this all the time…in our heads simply repeating the stories we tell ourselves that create indelible images, which we then project onto the world we live in. Or better said, the world we wish we lived in.

The Planet We Made

Olafur Eliasson is an Icelandic–Danish artist known for sculptured and large-scale installation art that employ elemental materials such as light, water, and air temperature to enhance the viewer’s experience. He designed the cover of Time this month to highlight our collective climate crisis that will affect and impact everyone on Earth. Rich or poor, everyone will pay a huge price for further dithering and delaying on taking immediate action Now.

Olafur tells Time to create the effect on TIME’s cover, he employed a technique called after imaging. By following the instructions on the cover, when the page changes, your eyes re-imagine our overheated planet in the healthy vibrant greens and blues we, the human race, were born into and began our journey as a species through time.

The Monsters We Make

This same elusive after imaging takes place inside our minds. The images that get stored inside our minds are created by the stories we tell ourselves and the images we consume as ordinary citizens.

These images, let’s call them cultural images, are stored in our minds as belief systems. Beliefs are vastly more complicated images than the one created by Olafur Eliasson for the cover of TIME. However, compared to reality, beliefs are pathetic and paltry.

Belief systems tend to leave far more outside (the evil other) than inside (the person who sees the the world like you do). All of us adopt and cultivate belief systems. They help us know who we can trust. And, they help us survive by acting as short cuts to reality.

By popping your beliefs into a situation, you can just get down to action. Or really reaction to a situation because beliefs allow you to skip the work of hard thinking, critical analysis, and feeling into what you are actually experiencing.

Whether you accept the stories and images imparted to you through these systems, whether you believe them or you don’t believe them, beliefs about how the world is or isn’t are formed and held in the mind very much like the phantom image Olafur Eliasson created on the cover of TIME.

Each and every belief are things you have choose to accept, to believe, and to store in your head. You choose to believe the things you think are true or what you don’t believe or believe to be not true, regardless of whether they are empirically true or not true.

Once you commit to a belief (in other words you swallow an idea hook, line, and sinker), it creates an indelible image of how the world is, which gets overlay onto everything you do and everyone around you. Very much like the elusive image Olafur Eliasson made for the November 2022 cover of TIME. You put them there, and then you project them on the world.

Beliefs are more likes wishes, fears, and desires. They accord with more how we want the world to be rather than how it really is. Our wish/fear/wants live inside our minds and are projected on the world every moment of our lives. They hoover and cling to everything and everyone we come into contact with like a ghostly aura. Depending on what our projected system of beliefs tells us we should believe about a person or a thing that comes into our narrow bandwidth of focused conscious attention, aligns our actions and behavior in the world.

This rather simple ability has oversized implications–some good, some bad. It is an ability that we take for granted as human beings. Our ability to create systems of beliefs is a form of ignorance (ig–nor–ance, what we choose not to see) and it has gotten the better of us. It is what allows us to turn ordinary human beings into monsters or our world into a wasteland.

Kendra R. Parker explains our creation of and fascination with monsters this way:

The Monsters We Are

When we use our system of beliefs to turn other human beings into monsters, it is ourselves who become the monster. When hate becomes our fuel, then the transformation is complete. The monster has been made.

It is a way of being in the world that leads to Hell. It is the path of destruction, of mayhem, and of death.

It is a way of being in the world that may begin by being suspicious, distrustful, and skeptical. But it can quickly eclipse who you think you are and make you into a person who takes pleasure in being cynical, ghoulish, grisly, and grotesque.

Such a journey is often summed up by the popular phrase — Take The Red Pill. This means a person that falls down a rabbit hole. They start out innocently following juicy breadcrumbs of gossip and plausibly outrageous happens that grow ever more implausible. But once you get hooked on these toxic breadcrumbs carefully left behind by Master Manipulators who are experts in making the implausible sound plausible. Indeed, the Truth that you are willing to die for.

How To Make of a Monster

Step 1) Chop the world into absolutely good and absolutely evil, then choose a role to play in this absolute drama (it goes without saying that whatever side you play on… that is the righteous side, the good guys, the side that is going to slay absolute evil)

Step 4) Cut Up Bits and Pieces from the World and Other Stories, Then Mash Them Into Your Mask So You Become Unrecognizable Like Camouflage (it doesn’t matter if the bits and pieces make sense anymore, you are creating your super hero version of yourself!)

Step 5) Add Lots of Layers to Your Mask, Be Sure to Use Lots of Devilish Deceit and Deception, More Camouflage to Help You Better Play Your Role (God forbid anyone recognize that you’re really human behind your Fake Persona)

Step 6) Distort, Deform, and Mangle Your Mask to Create Fantastic New Levels of Distractions and Illusions, Even More Camouflage… Fighting Evil Isn’t for Sissies (this will draw others to you — your followers, your zombie army)

Step 7) Forget You Are Wearing A Mask: Now You Are A Monster

I have not read this book, Metaflesh. But, the image of the cover is captivating. To me, it perfectly captures how we can turn ourselves into monsters using any system of belief, any one at all. In the land of make believe, nothing is sacred. Once we slip down a rabbit holes inside our minds, the inner Hellish landscape allows us to endlessly violently project onto others what we cannot admit to ourselves that we are.

This is a book review of Metaflesh from where I got the image:

Someone Once Told Me

Someone once told me that my blog The StoryTelling Species Series was just a story. He really just wanted to put it down and elevate himself because we were having a very strong disagreement about COVID. I knew he was wrong, but could not explain to him why he was so wrong then.

Now I can. I knew it is the stories we tell ourselves that make us into heroes or villains, good or evil, saints or monsters. Now I know how it happens inside our minds.

Given how susceptible we are to believe our own stories and lies about ourselves, it is best to give all other people the benefit of the doubt and trust they are not the monster you are afraid of… the one that lives inside of you. It is best just be human and to recognize that we have a little bit of good and a little bit of bad inside of us.

It is when we hang onto the evil inside of us and refuse to let go of it that we make ourselves into monsters and turn Earth into Hell. Trust that reality is far more interesting than the stories we tell ourselves about our selves and others.

Trust that you belong here and now with everyone else and that together we can heal ourselves. This is something we can only do together. And if we heal, Earth heals and our burning hot planet may once again shine in its brilliant, beautiful, life sustaining blues and greens! 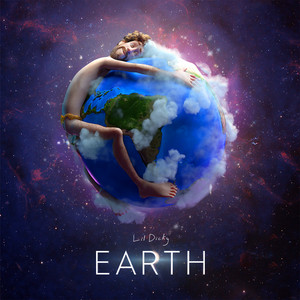 For more information about Bébé, see Sapience: The Moment is Now on Facebook.

This site documents and shares new myths rising about our time for we (all people of Earth) are the myth-makers…the New Ancients Earth needs to survive the current challenges facing our time. By learning how to swim once again in the deeper waters of our consciousness–individual and collective–we can make the choices and changes Earth needs. This is also the companion site for the upcoming book Sapience–stay tuned!

It Came From Inside — Promo

White Flag — Saving Earth One Soul At A Time

The Thing That Feeds On Fear & Sadness

Have You Been Outside Today? Playlist

Have You Told Your Beloved Ones You Love Them Today? Playlist